The truth about hypnotherapy 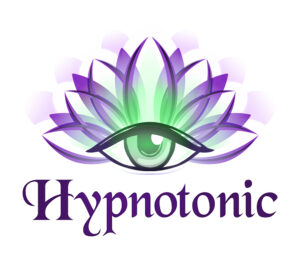 As a hypnotherapist, I can only assume that the eye-roll I give in reply to these questions is similar to the eye-roll given by people who work in supermarkets when a customer makes a jokey-comment of; “Don’t worry, it’s real… I printed this morning” when they are checking for fraudulent notes. 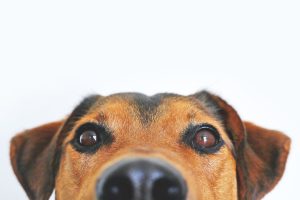 Hypnotherapy and its benefits

So, what is hypnotherapy? Hypnotherapy is described by Wikipedia as;

“a type of alternative medicine/therapy in which hypnosis is used to create a state focused attention and increased suggestibility during which positive suggestions and guided imagery are used to help individuals deal with a variety of concerns and issues”.  www.wikipedia.org. Hypnotherapy 3rd August 2020.

A hypnotherapist will work to put you into a deep trance or relaxed state (a state similar to when you are engrossed in a book or film or the state you achieve through meditation).  Once in this state, the hypnotherapist will communicate with your sub-conscious mind to provide help or therapy to help you towards your goals, e.g. – stopping smoking, losing weight, dealing with anxiety etc.

In this hypnotic state you are fully aware and in control. Due to the way your brain is wired, your brain will only accept your hypnotherapists suggestions if it’s something you actually want to do.

Clients will see a hypnotherapist on average between 4-6 times and the most common things hypnotherapy can help with are:

2 – Confidence and self esteem

4 – Smoking and other unwanted habits

So, getting back to the part about making you bark like a dog… where did this common misconception come from and why does everyone think hypnotherapists can do this?  To answer this question let’s look at the history of hypnotherapy. 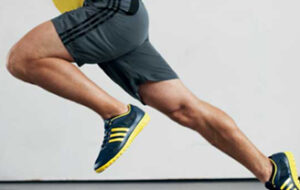 The history of hypnotherapy

Hypnotherapy may not have always been known as hypnotherapy, but a practice similar to hypnotherapy, known by many other names, was used in rituals, magic, faith healings and occultisms for many years.

However, hypnotherapy seems to have gone through 2 distinct booms, both of which are very different.  The first big boom was around 1700 – 1800, when several pioneers began to discover what is now known as hypnotherapy.

The Most famous pioneer of this time was Franz Anton Mesmer, who was also known as “The wizard”.  Mesmer believed that all living things contained magnetic fields carried by magnetic fluid (animal magnetism).

He believed that if these magnetic fields weren’t balanced correctly, you would suffer illness. Mesmer used a hypnotic state, which he called “mesmerism” on clients and then used magnets to balance their magnetic fields and cure them of their illnesses. And let me tell you… he put on quite a show as he performed this ritual. 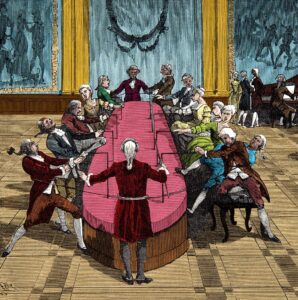 Mesmer not only wore a cloak and carried a wand, as a wizard would, he performed his ritual in front of an audience (at this time in Paris, people were fascinated with the science of magnets).  His venue was dark due to heavy velvet curtains, he played dark, sinister piano music and had a very dramatic atmosphere.  The Parisians couldn’t get enough of it. Mesmer also believed it was he that was special and he that had the magical power that healed his clients.

There was also the Marquis de Puysegur around the same time as Mesmer, who also believed that it was he who had a special gift that could heal his clients. De Puysegur discovered a trance like, hypnotic sleep state (which is seen in modern day hypnotherapy) and used this as a tool for healing his clients. This was a big discovery for modern hypnotherapy. However, alongside the useful discovery De Puysegur made, he also enjoyed a bit of showmanship.  He taught a course in animal magnetism, which he concluded with the following speech;

“I believe in the existence within myself of a power.  From this belief derives my will to exert it.  The entire doctrine of Animal Magnestism is contained in the two words; believe and want.  I believe that I have the power to set into action the vital principle of my fellow men, I want to make use of it, this is all my science and all my means.  Believe and want Sirs, and you will do as much as I”.

De Puysegur was so popular that to keep up with demand for his service, he magnetized an elm tree in the centre of his village, tied ropes to its branches and used it as way to keep up with the demand as he could heal several people at once. 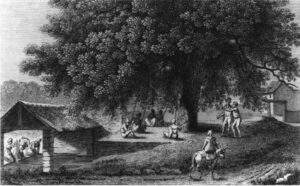 Again – doesn’t sound very therapeutic does it?  All that good work, undone by some craziness.

The second boom in hypnotherapy development was around 1795-1860.  James Braid was a Scottish surgeon who invented the modern term “hypnosis”.  Braid was the first modern day hypnotherapist to use the eye fixation method (the swinging watch or pendulum you see in most films that feature hypnosis – another popular misconception) and did not use any of the showmanship and rituals Mesmer and De Puysegur had used.  It seems things were starting to become more sensible and more medical in the world of hypnotherapy.

Also round this time, another James, James Esdaile was also using sensible and more medical based hypnosis.  Esdaile used the hypnotic trance in Indian hospitals as a form of anaesthesia during amputation operations.  This was very successful at reducing the post-operative death rate in India.  However, when Esdaile tried to replicate the results in the UK, he was not as successful. This was mainly due to the UK public being very cynical and non-believing of the power of the mind, where as in India, the people had more faith in the power of the human mind.

One final name to mention here is Sigmund Freud.  Yes, Freud dabbled in hypnosis for a short time.

However, Freud was VERY medical (and not very god at hypnosis) so when it didn’t work for him, he gave it up as a bad job. Which again, did nothing to help hypnotherapy.

The biggest revolution for hypnotherapy came after the first world war when it was used as a treatment for soldiers who were suffering from PTSD (Post traumatic stress disorder).

Hypnotherapy was used again after the second world war for again, soldiers and those held in prisoner of war camps who were suffering from PTSD.

Today hypnotherapy is used to treat a variety of disorders, including; PTSD, depression, anxiety and addictions.  It is also used in some dentist’s surgeries as an anaesthesia and the NHS recognises it as a recommended treatment for many issues.

Most people associate hypnotherapy with the drama and trickery of a stage show where the audience is used as entertainment.  It’s clear that using hypnosis as entertainment has done some harm to the reputation of hypnotherapy.    This was seen in early days of hypnosis with Mesmer all the way through to today with hypnotists like Paul McKenna.  However, as hypnosis has evolved, people have seen that there is a serious side to it and it is not all about making clients bark like a dog for a laugh. 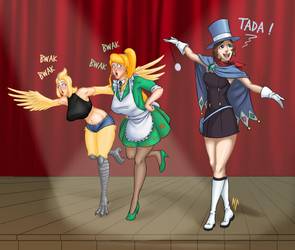 As you can see, through time, hypnotherapy has evolved from mysticism into the scientific realm.  And that has not been easy, as just like the mind, hypnotherapy isn’t something that can be easily measured or easily proved.   This means that along the way, discoveries have been made that move the profession on leaps and bounds (De Puysegur’s sleep like state).  It also means that some discoveries will be overshadowed by those with ego who want to use it as a form of entertainment (think Mesmer’s wizard show).

But don’t be misguided by the entertainment side.

It’s safe to say, we all agree that the mind is a very strong tool, which can be used to our advantage.

One final thing to mention, once you’ve made your first appointment, don’t worry that when you turn up to the appointment your hypnotherapist might be dressed up as a wizard, then try putting you into a hypnotic state behind dark curtain with dramatic piano music playing and end up making you bark like a dog… we prefer to save the funny stuff for our stage shows at the weekends 😉 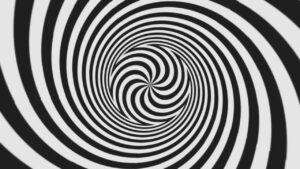