The pineal gland… science and spirituality 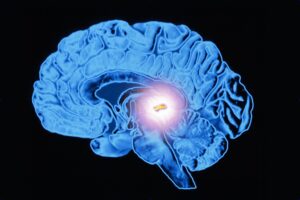 Anyone who has attended one of my yoga classes will know that I have an obsession with the pineal gland or the third eye.  I talk about it constantly and could talk forever on the subject – I find it fascinating.  Because I have this obsession with telling you all about the pineal gland and third eye and not having enough time in class to rattle on and on about it without impacting our yoga class, I decided it should be the topic of our November blog.

Now I warn you… this blog could blow your mind but please keep an open mind.

What is the pineal gland?

So, the science part… the pineal gland is a tiny pinecone shaped gland located near the centre of the brain. It is linked to our body’s perception of light and it may just be the most wonderful, magical part of our physical body (it’s pronounced pie-knee-al).

The science tells us that the pineal gland produces serotonin and melatonin which play a crucial role in our waking and sleeping cycles as well as our mood.  It also produces DMT (dimethyltryptamine), a neurotransmitter that creates a natural psychedelic state of consciousness (Like natural LSD). 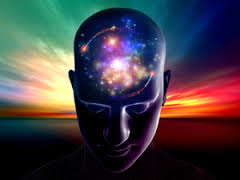 The pineal gland contains floating water and crystal particles that have piezoelectric properties which release photons (light).  This leads to piezochromism which is the release of all the colours of light within the rainbow which again uses the chemical of DMT to do this.  See how it’s all linked with the light?

This DMT release provides us with an elevated state of consciousness.  This then allows us to see wider areas of reality than our normal senses allow us (hence the term third eye) and hence why it is linked to a sixth sense.

If you look at pictures of religious figures like the Buddha or Jesus Christ, they are often shown with a halo of light around them – this is symbolic of the DMT light released by the pineal gland/third eye when spirituality reaches enlightenment. 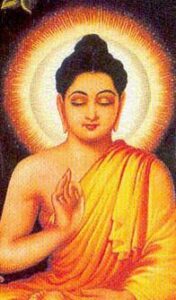 The pineal gland is also lined with a tissue called “pinealocytes”.  These pinealocytes are similar to the rods and cones found within the retina of your eye.  This means you have an actual physical third eye right in the centre of your brain which has retinol tissue and the same wiring as your 2 physical eyes do to the visual cortex in your brain! WOW!

So, from this you can see why the pineal gland is also referred to as our “third eye”. 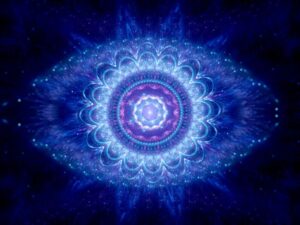 The history of the pineal gland

The pinecone symbol represents human enlightenment, the third eye and the pineal gland. Spiritually the pineal gland has been described as the seed of the human soul and serves as the link between the physical and spiritual worlds.  Hence why we talk about opening our third eye. 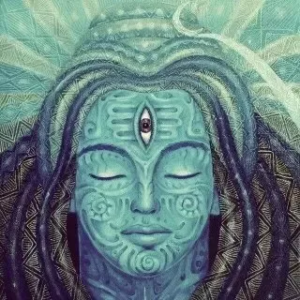 Jesus spoke about the pineal gland and said that the “Eye is the lamp of the body”, so if your eye is clear “your whole body will be full of light”.  The very words “Holy see” are a direct reference to the third eye, and you can see pinecone symbols in churches as well as references in the bible. 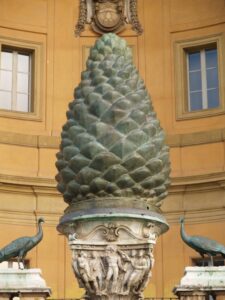 Buddhists talk about the pineal gland as a “Spiritual awakening”.

I am sure you are all familiar with the ancient Egyptian Eye of Ra and Eye of Horus?  Again – this symbolises the pineal gland/third eye and is often drawn on the centre of the foreheads on sarcophagi.

Many portrayals of Sumerian gods show a pinecone extended in one hand.  These gods are said to represent the Anunnaki (Ancient extra-terrestrial visitor race) and their abilities to access the pineal gland for its consciousness expanding abilities.

How would all these ancients know this without the technology we have today?? Who knows – but they did and its fascinating!

The pineal gland is said to give us access to higher dimensions, psychic and spiritual realms. If humans can open this third eye, engage the pineal gland and use its abilities (DMT and light), this would lead us to a massive energy shift and put humans on the edge of a huge evolution and spiritual awakening.

However, toxins in our environment (Fluoride is well known for impacting the functionality of the endocrine system, including the pineal gland as well as aluminium), and heavily processed diets with far too much alcohol all disengage the pineal gland and third eye.  What if this has been done over the years on purpose to disengage our pineal gland/third eye and destroy our spirituality?  Modern day science does not teach spirituality.  It teaches us we are a body of skin and organs and when we die, we are dead and gone with no consciousness, no spirit and no free will.

In the Book of Revelations, the mark of the beast is actually symbolic of the closed down pineal gland.  If we have no spirituality, we have no access to what comes next after death. This is often called “Spiritual death”.

This again comes back to the question of whether a higher power is at work and trying to destroy our spirituality to stop us evolving through the great awakening. 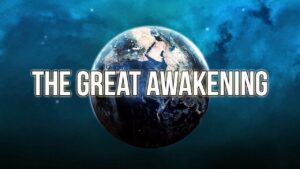 Without sounding like a total nut job, I believe there is something in this.  And with the trials and tribulations of 2020 being negative and dark, I believe we are looking for something deeper.  It is now even more important for us as a human race to come together, support each other and shine our light… again another link to the third eye.  Maybe its time we took our own spirituality more seriously and started to move into a more enlightening and fulfilling time?

I’ll leave that with you to meditate and think on…